What Does Your MRI Mean for Your Herniated Disc Injury Case in Missouri or Kansas?

Herniated discs are common car accident injuries.  We know this first-hand from our law firm's representation of car accident victims in Kansas City and throughout Missouri and Kansas.

Herniated disc injuries can cause a great deal of pain, discomfort, weakness, and numbness, in addition to limiting a person’s range of motion. Discs are the soft cushion between the bones of the spine (vertebrae).

A herniation of a disc occurs when there is a tear in the outer portion of the disc that allows the soft inner jelly-like substance to bulge or leak out of the disc. A herniated disc can occur in the upper spine (cervical herniated disc) or anywhere throughout the spinal column.

The treatments for herniated discs vary depending on the severity of the injury. Some patients may be treated with non-invasive procedures, including medications, ice packs, rest, injections, and physical therapy. Other patients require spine surgery to correct a herniated disc.

As Kansas City spine injury attorneys, we know that the correct diagnosis of a herniated disc is the first step in developing a successful treatment plan and building a strong legal case to recover your damages. In many cases, diagnosis involves performing an MRI to determine the extent of the injury. MRIs are an extremely important factor in determining the value of your herniated disc claim.

What is an MRI? 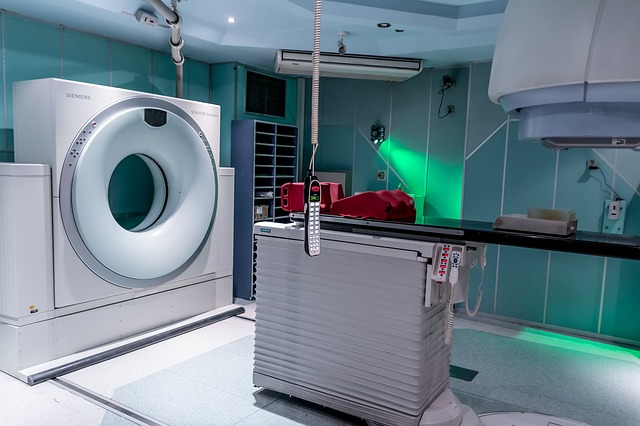 An MRI (magnetic resonance imaging) is a diagnostic tool used by physicians to examine an area of the body more closely when a physical examination cannot detect certain injuries. An MRI machine can produce a detailed image of the inside of the body, including multi-dimensional cross-sections of soft tissues, such as the discs between the vertebrae of the spine.

X-rays and other imaging tools cannot reveal the discs between the vertebrae and the damage to the discs. In other words, x-rays capture the bones in the spine while the MRI creates an image of the soft tissues between the bones. Therefore, an MRI is crucial in diagnosing a herniated disc.

Physicians typically order an MRI if a patient is complaining of symptoms that indicate a herniated disc. The doctor performs a physical examination and considers the reported symptoms to determine if an MRI is warranted. In most cases involving a herniated disc, doctors will order an MRI because the MRI is the only way to diagnose damage to the spinal discs correctly.

What Happens During an MRI?

An MRI machine is shaped like a large tube (although they do have open-air MRI machines that are not as enclosed as a traditional MRI machine). The patient lies flat on a movable table that slides into the machine. The MRI machine scans the patient’s body and produces computerized images. During the MRI, the patient must remain completely still. The test can be loud, so patients use ear protection during the test, but the test is non-invasive and does not cause any pain or discomfort.

If the doctor determines that a patient has a herniated disc, the doctor develops a course of treatment based on the severity of the injury. In many cases, the first step is to alleviate the patient’s pain and reduce inflammation by using one or more medications. Once the pain and inflammation decrease, a doctor may prescribe physical therapy.

For more severe cases, a doctor may prescribe steroid injections to assist the disc in shrinking and healing. If the patient continues to suffer from symptoms after two months of treatment, a doctor may discuss more invasive forms of herniated disc treatment, such as spine surgery. During surgery, a surgeon repairs the disc, removes a portion of the disc, or removes the entire disc (in extreme cases). However, a successful treatment course is dependent upon a correct diagnosis of the injury, which typically begins with an MRI.

Insurance Companies Like to Argue About the Validity of an MRI

Because some individuals can have a herniated disc without even knowing they are injured, insurance companies do not automatically accept an MRI as conclusive proof that a person is suffering. Two patients can have almost identical MRIs, but only one patient is in severe pain. The other patient may only experience minor pain or no pain.

Therefore, obtaining an MRI and working with your doctor to develop a treatment plan is only one step in the process of recovering compensation for a herniated disc claim. The other step is developing a strong legal case to prove fault, liability, and damages.

However, most herniated disc cases are not easy to win. Having an MRI can be very useful in establishing that the car accident caused the herniated disc. In any event, you will likely need your doctor to assert that the injury was the result of the collision based on the MRI results and other diagnostic measures.

It is important to remember that even if you have a pre-existing condition that does not mean you cannot recover compensation for a herniated disc from a traffic accident. It may be more difficult to win, but it is possible. Accident victims are entitled to compensation when a car crash worsens a condition.

The Law Office of Kevin J. McManus handles herniated disc injury cases caused by motor vehicle accidents. We are familiar with the diagnostic process and tools used by physicians and use this information as we build our legal case against the at-fault driver.

Call 816-203-0143 for a free consultation with a Kansas City personal injury lawyer to learn more about how we can help you. Our attorneys are licensed and practice in Missouri and Kansas.