Driver Negligence Is the Leading Cause of Rear-End Accidents in Kansas City, Missouri

Rear-end collisions are among the most common types of car crashes in Kansas City. In 2019, there were 2.194 million rear-end accidents in the United States. They accounted for about 32 percent of the total vehicle accidents that year. Fatal rear-end crashes totaled 2,346 in 2019. Approximately 595,000 rear-end accidents resulted in injuries.

Rear-end crashes are often referred to as "fender benders." However, this term downplays the severe injuries caused by rear-end accidents. Accident victims may experience long-term pain and permanent impairments because of rear-impact car accidents.

The legal team of the Law Office of Kevin J. McManus fights for fair compensation for accident injuries and damages. Call our law office at 816-203-0143 or contact us online to schedule a free consultation with our Kansas City car accident attorney.

Mechanical issues, weather conditions, and poorly designed roads and intersections can contribute to the cause of a rear-end crash. However, the most common cause of rear-end collisions in Kansas City is driver negligence. 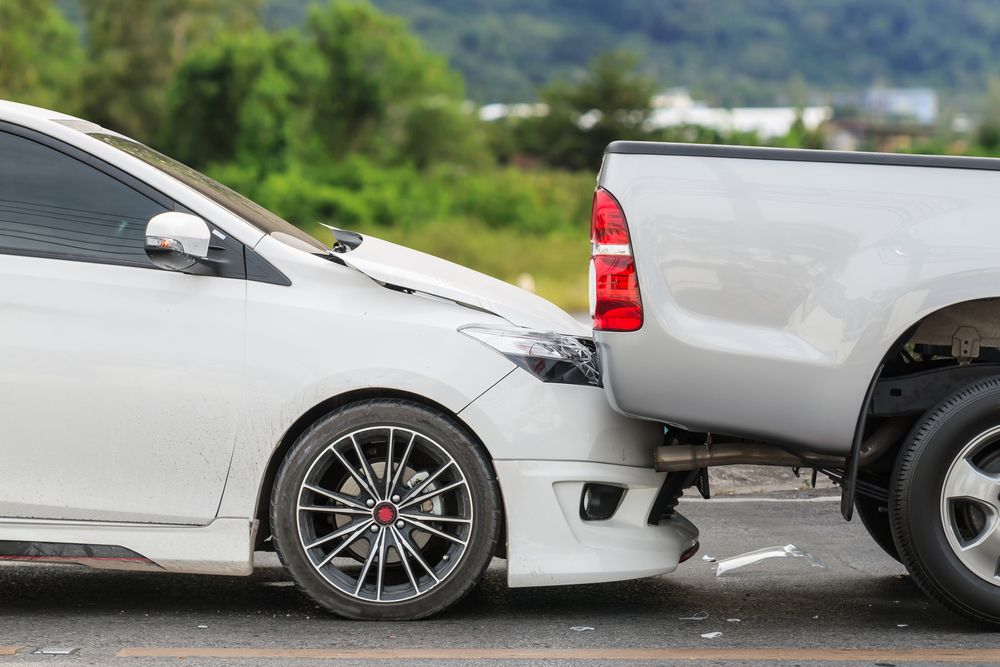 Drivers owe a duty of care to maintain a safe distance between their vehicles and the vehicles in front of them. Maintaining a safe distance allows drivers to slow and stop before colliding with another vehicle. However, numerous driving behaviors create dangerous situations that lead to a rear-end crash.

Driving behaviors that can contribute to the cause of a rear-end car accident include:

Our Kansas City personal injury law firm will thoroughly investigate your traffic accident to identify each factor that contributed to the cause of the crash. Parties who contributed to the cause of the collision can be held liable for injuries and damages caused by the crash under Kansas and Missouri personal injury laws. First, however, we must gather evidence proving fault, causation, and liability before you can receive money for your damages.

Who’s to Blame for a Rear-End Accident in Kansas City?

Rear-end collisions occur when the front of a vehicle slams into the rear of a vehicle in front of it. Intersections are common locations of rear-end crashes. However, rear-impact collisions can occur anywhere, including parking lots, highways, city streets, school drop-off lines, and neighborhoods.

Our legal team searches for evidence that proves the driver who slammed into your car caused the crash. Evidence could include:

Neck injuries and whiplash are commonly associated with rear-end collisions. When your vehicle is hit from the rear, the collision causes your head to "snap" forward and backward. The "whipping" action causes damage to the soft tissues of the neck (i.e., ligaments, tendons, and muscles). Many cases of whiplash heal in a few weeks. However, some accident victims sustain permanent neck injuries and long-term impairments because of a rear-end accident.

Rear-end crashes can also cause traumatic brain injuries. The jolt from the crash or blunt force trauma can cause closed head injuries. Individuals may sustain concussions, mild TBIs, and permanent brain damage.

If the other driver caused your car accident, you might be entitled to compensation for your:

Insurance companies often downplay the damages caused by rear-end crashes. A claims adjuster may suggest you are exaggerating your injuries because the accident was a low-speed crash. Do not allow the insurance company to bully you into accepting a settlement claim. Instead, talk with our office for a free case evaluation to ensure the settlement offer is fair.

Rear-end accidents are serious car crashes. You deserve fair compensation for your injuries and damages. At the Law Office of Kevin J. McManus, we fight to protect our clients' rights. Our legal team handles all aspects of your claim so you can focus on your recovery.

Call 816-203-0143 to schedule your free consultation with our car accident attorney in Kansas City, Missouri. You can also contact our firm by completing our online contact form.

Injured? Download Our Free Book to Avoid Wrecking Your Claim.