Why Does an Insurance Company Blame the Biker After a Kansas City Motorcycle Crash? 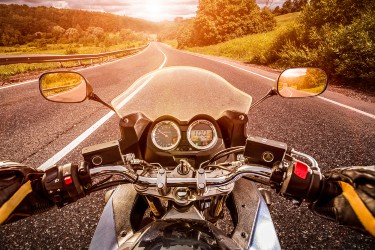 Money is the most common motivation for blaming a biker for causing a crash. A biker who is 100% at-fault for causing an accident cannot recover compensation for an insurance claim. Under the theory of comparative fault, bikers who share some fault for the cause of the motorcycle accident will have their right to compensation reduced or even eliminated.

For example, let’s assume that you are in a motorcycle accident with another driver. After a trial, the jury finds that you are 20 percent at-fault for the cause of the crash because you were speeding. If the value of your damages equals $100,000, the most you can receive for your motorcycle accident claim is $80,000. Because you were 20 percent at fault for the cause of the crash, the amount of compensation you receive for your claim is reduced by 20 percent.

What are the Comparative Fault Laws in Kansas and Missouri?

Under Missouri’s pure comparative fault standard, a biker can be 99 percent at fault for a motorcycle crash and still be eligible to recover one percent of the value of his or her claim. While this is not practical in most cases, the fact that the state uses a pure comparative fault standard means that a biker could potentially recover some compensation for an accident regardless of the motorcyclist’s level of negligence in causing the crash.

The modified comparative fault law in Kansas mandates a 50 percent bar for accident claims. If a motorcyclist’s percentage of fault is 50 percent or more, the biker cannot recover any compensation for his or her injuries and damages.

Regardless of whether you are dealing with pure comparative fault or modified comparative fault, it is crucial that you build a strong case against the other driver if they are truly at fault. In the alternative, you also may want to try to decrease the percentage of fault assigned to you for the accident so that you can receive as much compensation as possible for your personal injury claim.

Hiring an experienced motorcycle attorney in Kansas City can be beneficial. An attorney understands the laws regarding comparative fault and how insurance companies use those laws to undervalue and deny valid motorcycle accident claims. The key is to perform an exhaustive accident investigation to determine the cause of the accident and gather evidence proving that the other driver was responsible for the factors that led to the crash.

Our attorneys and legal professionals use a variety of resources and tools to investigate motorcycle crashes, including consulting accident reconstructionists, retaining industry experts, interviewing eyewitnesses, searching for videos of the collision, and reviewing accident and police reports.

The Law Office of Kevin J. McManus handles motorcycle accident claims in Kansas and Missouri. If you or a loved one were injured in a motorcycle crash, our team of legal professionals is ready to fight for your right to full compensation for all damages.

Call 816-203-0143 for a free legal consultation with our Kansas City motorcycle accident lawyer.