Injured in a Car Accident While Not Wearing a Seat Belt? Here’s How Missouri & Kansas Laws Affect Claim Value.

According to the latest data from the National Highway Traffic Safety Administration (NHTSA), the use of seat belts in passenger vehicles saved the lives of nearly 18,000 people in 2017. Seat belts are one of the most impressive safety devices in modern vehicles today. Making sure yourself and others in a car with you are belted in can save lives.

However, not everyone puts on a seat belt each time they drive or act as a passenger. If an accident occurs while someone is not using a seat belt, it can cause more severe injuries to that person. In some cases, it can also make recovering fair compensation more challenging because the insurance company may try to use the failure to wear a seatbelt to reduce the value of your claim. This is known as the “Seat Belt Defense”.

The legal team at the Law Office of Kevin J. McManus fights for fair compensation for accident injuries and damages. We have extensive experience in handling car accident cases throughout Missouri and Kansas. Call our law office today at 816-203-0143 or contact us online to schedule a free consultation with our Kansas City car accident attorney.

What You Should Know About the Seat Belt Defense 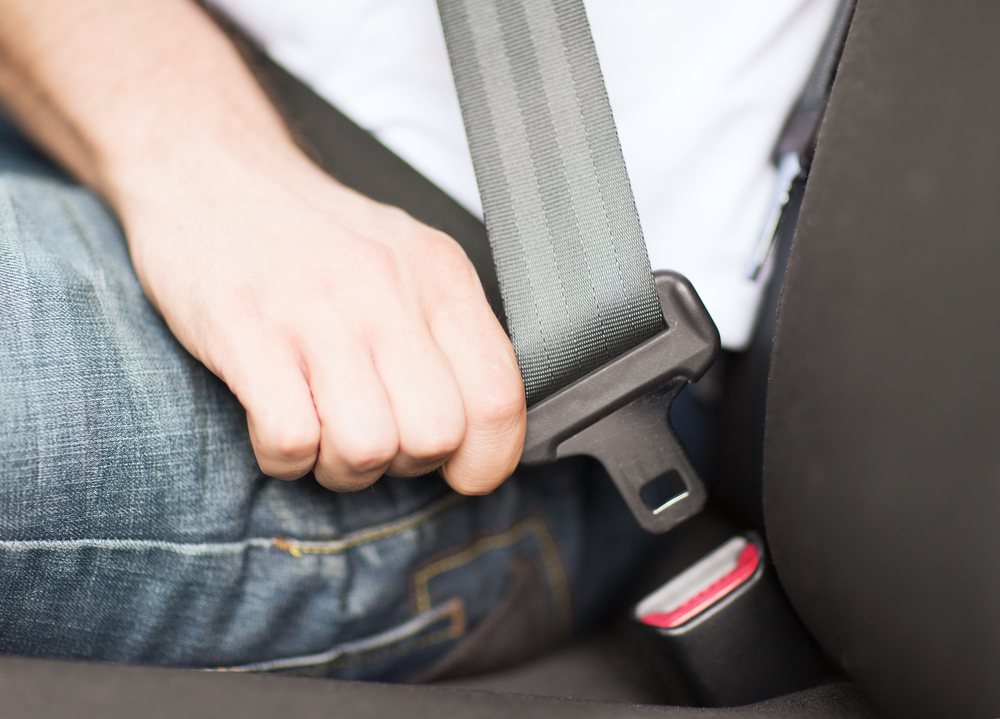 The Seat Belt Defense is an tactic used by an insurance company or defendant’s attorney to reduce the value of an injured party’s injury claim. If you were not wearing  a seat belt in an automobile accident, the Seat Belt Defense may be raised to argue that you are at least partially responsible for your own injuries. It’s a defense that can be used for both passengers and drivers who have personal injury claims.

Insurance companies may use this defense as a way of saying that the damages owed to a person should be reduced due to a lack of wearing a seat belt. However, this defense is only allowed in some states. While over two dozen states do not allow this defense, more than 12 states allow it in some forms.

In certain states, the Seat Belt Defense can be used in two ways:

Under the doctrine of comparative negligence, if a victim in a car accident was also negligent in some way, the money they receive for the accident should be reduced due to that fault.

As an example, let’s say that person was considered to be 25% to blame for the auto accident, and the damages were to be $250,000. In this scenario, the victim would only be entitled to $187,500 instead of the entire sum because of the amount of blame.

An injured accident victim is expected to take reasonable measures to control or mitigate their damages. The failure to wear a seat belt may be considered a failure to mitigate damages. This would also serve as justification for a reduction in the compensation the victim receives.

However, the seat belt defense laws are unique in both Missouri and Kansas. Therefore, it’s crucial to understand how things play out in these states if you have been in a car accident in either location.

Missouri is one of several states that allows into evidence the fact that an injury victim was not wearing a seat belt. However, Missouriu law has a safeguard in place to prevent this from having a disproportionate impact on the value of one’s injury claim.

Under Missouri law, only one percent (1%) of fault can be atttributed to a victim for not wearing a seat belt. If an injury victim was not wearing a seatbelt and has damages of $250,000, a Missouri jury may only reduce an award for this failure by 1%, which would be $2,500 and still result in a recovery of $247,500.

Kansas Law: Does Not Allow the Seat Belt Defense

Kansas makes it mandatory for all individuals over 14 to wear a seat belt. However, the seat belt defense is not allowed in this state. Therefore, if you are in an accident and not wearing a seat belt, an insurance company or its attorney cannot use that fact as a way to avoid giving you the full compensation you are due for the accident.

Insurance companies will attempt to negotiate with you and do anything possible to cut down on the amount they need to pay you. However, at least in Kansas, the seat belt defense will not be one of the tricks that are allowed. So, while they might make you feel as if you deserve less compensation, the law sees it otherwise and our experienced attorney will help you receive it.

If you were involved in a vehicle accident in Kansas or Missouri and were not wearing a seat belt, it’s a good idea to talk to our personal injury lawyer as soon as you can. Our car accident attorney will fight for you and hold the insurance company accountable, making sure nothing takes place that could lead to you getting less compensation than you deserve.

It’s important to be honest with your lawyer about your case, and whether you wore a seat belt or not. This will allow us to position your case for the best possible outcome. If you have been injured in a car accident in Missouri or Kansas, reach out to our experienced car accident attorney as soon as possible.

You do not have to face your injuries alone.  Our law firm is here to help. Our car accident attorney in Kansas City is ready to handle all aspects of your personal injury case, so you can focus on your recovery. Please reach out to our office through our online contact form or by calling 816-203-0143 to schedule a free consultation.  Our law firm handles personal injury cases throughout Missouri and Kansas.

Injured? Download Our Free Book to Avoid Wrecking Your Claim.