A recent article in the Kansas City Star reported that fatal crashes involving semis, eighteen-wheelers, and other large trucks spiked again in 2017, despite the fact that overall traffic fatalities in the U.S. declined for the first time in three years. 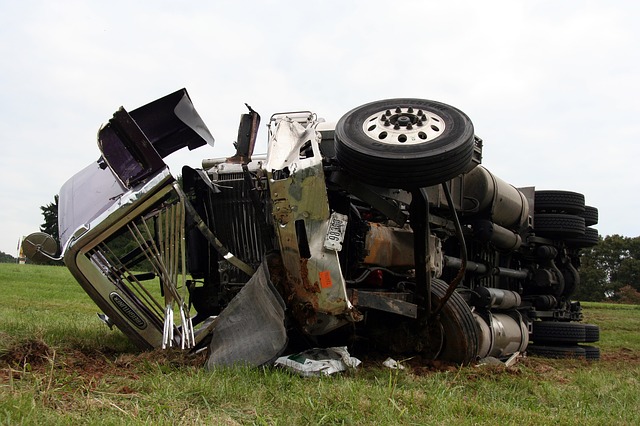 This report was based on the release of data from the National Highway Traffic Safety Administration (NHTSA).  In 2017, 4,761 people were killed in truck collisions (vehicles weighing more 10,000 pounds) nationwide. This represented a 9 percent increase from the 2016 number and 41 percent increase from 2009.  This increase was alarming to highway safety advocates because the overall number of fatalities in all traffic collisions dropped 1.8 percent in 2017, to 37,133 lives lost.

How to Reduce Truck Crashes on Missouri & Kansas Highways

According to the Star, a public policy group, Advocates for Highway & Auto Safety, has demanded that regulators take two actions to stop the rising number of fatalities from truck crashes. First, they want regulators to reject trucking industry efforts to relax present safety standards.  Second, they seek to implement new safety technology, including automatic emergency braking on all trucks.

Many new passenger cars already have automatic braking technology, and automakers have voluntarily agreed to include this safety mechanism in all passenger cars by 2022. However, for large trucks, there are no minimum standards set by the government and no agreement by truck makers to have such equipment installed.

Given the continued rise in fatal trucking accidents, it is imperative that our elected officials and regulators do everything possible to ensure safety on our roads.  This includes maintaining current safety regulations and implementing new technologies, such as automatic braking and speed-limiting devices on all commercial trucks.

The National Transportation Safety Board has advocated for the federal regulators to mandate collision warning systems on large trucks since the 1990s, and automatic emergency braking since it became available roughly ten years ago. Unfortunately, as detailed in an investigative report published by The Star found that regulators at the National Highway Traffic Safety Administration have largely ignored the NTSB.  NHTSA continues to study the issue, even though the European Union has required automatic emergency braking on all large trucks for the last three years.

Another regulation that has not been approved is a requirement for drivers of large commercial trucks to activate the speed-limiting equipment that has been installed on all semi-trucks.  Such a rule has not been implemented despite the fact that speed is a contributing factor to the severity of most truck wrecks.

Instead of tightening these regulations due to the increasing fatalities, trucking industry groups have been focused on eliminating current regulations aimed at safety, including the number of hours truckers can be on the road and the mandate for electronic devices that log trucking hours.

From our experience representing accident victims and their families in Kansas City and throughout Kansas and Missouri, this is the wrong approach.  The effectiveness of this technology to save lives has been proven, and it should be implemented while also maintaining current safety regulations.

If you or a family member has been involved in a Kansas City area truck crash, you are likely struggling with growing medical bills and lost income.  Unfortunately, the severity and seriousness of these crashes can sometimes also result in disability or disfigurement, debilitating pain and suffering, emotional or psychological trauma, or even the death of a loved one.

Please know that you are not alone, and we are here to help. Our legal team is ready to guide you through the complex legal maze of issues so you can recover the maximum available under the law so you can focus on what matters most – getting better and being with your family.  Please call us today at (816) 203-0143 for a free, confidential consultation.

by Kevin J. McManus
Connect with me
Kevin McManus is an accident injury lawyer and long term disability lawyer in Kansas City, MO.
Be the first to comment!
Post a Comment

Download Our Free Accident Guide Before Talking to an Adjusters